Connected TV is the best of both worlds: Interview with Taísa Pereira by InsiderLatam

The new regional director of mediasmart believes that although CTV is still in its early stages, the growth in ad spending demonstrates the growing confidence of advertisers to embrace it.
As an experienced AdTech and digital market leader, mediasmart's new director for Latam, Taísa Pereira, recently joined the team to drive business growth in the region. 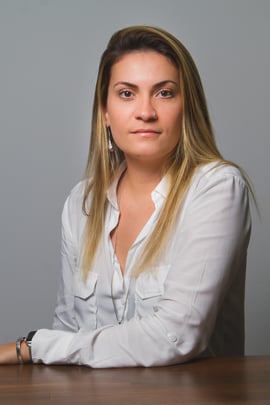 Overall, she sees the region as a "very interesting" market when it comes to mapping digital advertising trends, and although she believes it is still new in terms of mobile penetration, compared to countries in the U.S. or Europe, growth is increasing.

"Digital advertising is one of the fastest-growing media across Latin America, the population spends 90% of their time online...their preference for content consumption on mobile leans towards online video," she says.

Pereira says that other key trends that are shaping the future of digital in the region are e-commerce and especially connected television or CTV (Connected TV), which gets its content from the Internet as opposed to the traditional route of cable and/or DTH.

The strong consumption of CTV

On the latter, she says, "Not only have we seen a growing enthusiasm among viewers, but also among advertisers to explore a new and attractive way of delivering ads that combines the strength of TV advertising with the measurability of programming".

The director of mediasmart highlights that in LATAM the countries leading the growth are Brazil, Argentina and Mexico. "At least nine out of ten users stream TV weekly and there is also a receptivity towards ad-supported streaming models," she says, mentioning the Pixalate study, according to which there is a 577% annual increase in open programmatic advertising investment in CTV in LATAM.

"Despite the fact that CTV advertising is still in its early stages, the triple-digit growth in CTV ad spend is an indication of the growing confidence of advertisers to adopt it" she added.

A great option for brands

Against this backdrop, CTV has become an excellent option for brands to include as part of their media strategy. But what exactly are the benefits for brands? The director of mediasmart has the answer: from her point of view, "CTV is the best of both worlds".

"We have the experience of linear TV with the experience of choice that the user has within streaming. As brands look to engage their audiences in new and exciting ways, CTV allows advertisers to create specific user segments from a set of great targeting options and refine messages."

In addition to this, she highlights that advertisers also have the ability to choose from a wide variety of creative options, whether static or dynamic banners, in-stream ads or pre-roll videos (15-30 seconds). "Ads are bought in real-time and new technologies also make it possible to limit ad waste," she expresses while adding that another advantage is "the ability to engage users at the moment they are most engaged."

"For example, an advertiser can target users in their CTV who have visited their competitor's stores in the last seven days using a time-based audience rather than a location-based audience. They can also measure conversions, such as app downloads, e-commerce conversions, and store and website visits."

Considering the huge growth of the connected device ecosystem, in which media strategies are interconnected with each other, Pereira said there is a greater need "as customer journeys become more connected between online and offline."

"Advertisers want to spend their money where their audience is," she says while recalling that during the pandemic demand for CTV increased significantly, while demand for OOH (Out Of Home), fell, creating new opportunities for digital.

"Whether it's through connected TV synced to mobile, or Household Sync technology, which allows brands to personalize ads for specific audiences and target users in the same household, or Footfall tracking in CTV, where you can measure the incremental impact of campaigns across online and offline channels to attribute conversions; we're going to see a lot more of this kind of ecosystem interconnectedness for omnichannel advertising, where brands develop an ad strategy in sync with all the channels their customers interact with."